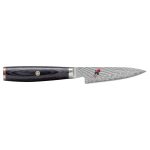 Want to be notified when this product is back in stock?

or 6 weekly interest-free payments from $13.33 with The Opinel knife was designed in 1890 by Joseph Opinel. Its simplicity, robustness and functionality have convinced many generations of users. Passed on from one generation to the next, Opinel is considered a unique and timeless household object. Unchanged for over a century, it’s design is one of the most successful of all times. For this reason, Opinel is recognised by the British Victoria and Albert Museum, as being among the 100 best and most recognisable designs. Produced in the heart of the French Alps, the Opinel pocket knives draw simplicity and durability from their mountain roots. Over time, the Opinel folding knife has been adopted in the entire world and is now recognised as a design icon. A mythical object handed down from generation to generation. It remains essential and popular for DIY, camping or picnics in the countryside.

Ready to see the world through pink-coloured glasses?

The Primarosa Box Set with its pink shade knives will call some romanticism in your kitchen! This essential primarosa set includes four small kitchen knives all proudly stamped with the Opinel crowned hand hallmark.

This set consists of: