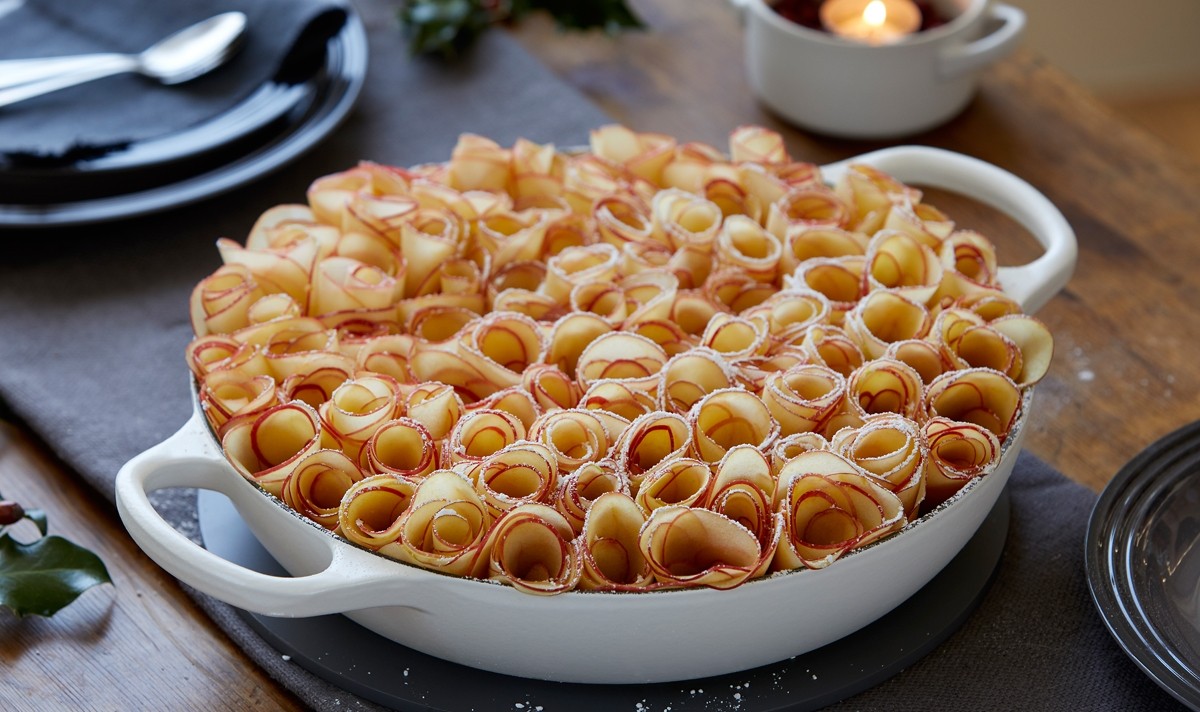 This is the ultimate flavour combination, especially once doused in spiced eggnog custard. The ginger biscuit base adds crunch while the frangipane offers a generous soft and creamy layer for the apples to sit in, think of this as a upside down crumble with a difference!