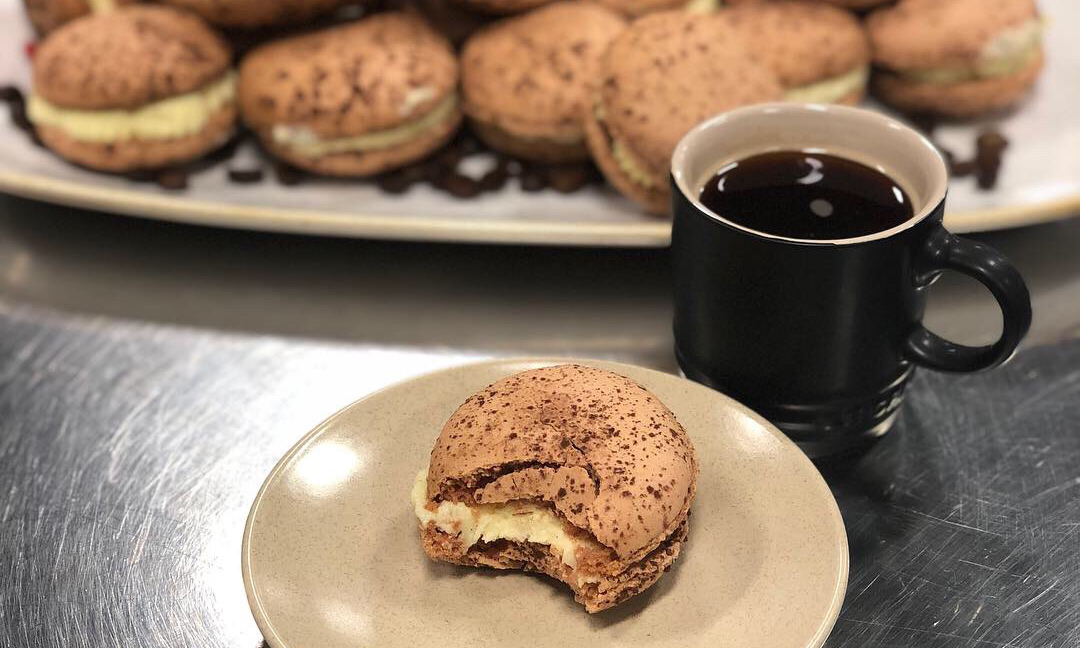 FROSTING:
1. Place your cream cheese into the bowl of a stand mixer. Using the paddle attachment mix it on low to begin with to help break the cheese up a little. Once it looks like its starting to smooth out, stop mixing, and scrape down the bowl with a spatula. (It’s important to scrape down your bowl each time you add another ingredient.) Add your softened butter and mix on high speed until it’s completely smooth.

2. Next add your sifted icing sugar, milk powder and vanilla extract and mix on low to begin with, then add the mascarpone. Once it’s mixed in put it up on high speed again until it gets fluffy and turns a pale white colour.

COFFEE:
If using instant coffee, add the 2 tsp out of the 75g water into the 2tbsp instant coffee.
If using freshly brewed, make sure to brew it strong (the stronger the better it will come through). You can take 3 tbsp of this for the macarons and use the remainder in the ganache.

MOCHA GANACHE:
1. Break up the chocolate into a heat safe bowl.
2. Using a small saucepan, heat the cream on a low to medium heat until it just reaches a boil. 3. Add the coffee, mix well and remove from heat.
4. Pour over the chocolate and whisk until melted and smooth. Once cooled slightly pour into a squeeze bottle with a fine tip lid for easy filling later.

MACARONS:
1. Add half the icing sugar and almond meal into a food processor and process until well combined. Repeat with the other half. This will help get rid of any lumps in the sugar. Alternatively, you may sift the two together. This must be done at least 3 times.

2. Empty the almond mixture into a large mixing bowl, add the first portion of egg whites and mix until it forms a paste. Cover with plastic wrap and set aside.

3. Add the sugar and water into a small saucepan. Give them a very gentle stir to get them mixed together. Bring to a boil on medium high heat, then turn down to a simmer. Add a candy thermometer to the pot to help you measure the temp of the syrup. As the syrup bubbles away it will splatter small bubbles of sugared water on the sides of the pot. Use a pastry brush dabbed in a little water to brush those back into the syrup. This will help prevent the syrup from crystallising. When the syrup reaches 115C, add the second portion of egg whites to the bowl of a stand mixer and start whisking them on medium/high speed to help break them apart and get them a little frothy.

4. When the syrup reaches 118C, pour it over the egg whites in a slow and steady stream. Whisk to stiff peaks for about 6 min. Add the coffee and vanilla extract at about the 3 min point, whisk into the meringue for a couple of minutes. Stop the mixer and scrape down, then whisk for an extra couple of minutes. When you can turn the bowl over and the meringue doesn’t fall out, you know you’ve reached stiff peaks.

5. Grab a spatula full of the meringue and fold it into the almond-sugar mixture, mix until well combined. This allows the mixture to thin out a little before you add the rest of the mixture. Fold everything together by going around the bowl with a spatula then through the middle (as demonstrated in the video). Continue folding until the batter gets thin enough that it drips off the spatula and falls in a ribbon. It should take about 10 seconds for the ribbon to disappear into the rest of the batter. That’s when you know the batter is ready to pipe.

6. Spoon the batter into a piping bag with a round tip. Pipe rounds of batter about 3.5cm (1.38 inches) in diameter, spacing them 2cm apart on (flat) baking trays lined with baking parchment. Dust with cocoa powder.

7. Gently tap the tray on the work surface covered with a kitchen cloth. Leave to stand for at least 30 minutes, until a skin forms on the shells. They shouldn’t be sticky when you touch them. It’s at this point that you can preheat a fan forced oven to 180C

8. Bake for 12 minutes. If you feel your oven is causing the macarons to brown on one side (usually the side closest to the fan) turn the tray around about halfway through baking. Once they’re baked, let them cool completely.

For the filling: Sort macarons into pairs. Using a medium piping tip of choice, pipe the frosting around the outside of one half of the macarons and then fill the centre with the ganache before sandwiching with its pair. 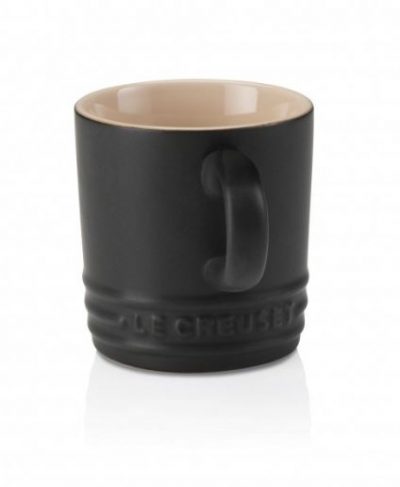