All About Whiskey… (Or Is It Whisky)

DO WE USE WHISKEY OR WHISKY?

Well, ain’t that the question we all want to know? This rather easy question, so it looks like, is the ingredient for many arguments. First, where does the name Whisk(e)y comes from?

But what’s the difference between whiskey and whisky?
The answer is quite simple: the difference between whiskey and whiskey depends on the country of origin. Whisky is being used for Scottish and Canadian whisky and the Irish and American use Whiskey. The reason for this is because in the 19th century the Scottish whisky was of very poor quality. The Irish wanted to distinguish their whiskey for the export to the US so they added the letter ‘e’. And until today this is still being used. Of course, there are distilleries using the Scottish spelling because of their Scottish roots.

Nice name but what about the taste?
There is a difference in flavour between Scottish whisky and Irish whiskey. For example, the Irish whiskey has no such smoke flavour as the Scottish, this is because the malt is not kilned with peat, and because the whiskey is distilled three times. Kilning is the drying of the malt at a high temperature. For this purpose peat, dried peat, can be used as fuel.

So in short, when someone starts the discussion: the countries with an ‘e’ Ireland and America write whiskey and the ones without, Scotland and Canada, write whisky.

THE HISTORY OF WHISKY

During whisky tastings the question ‘Who actually invented this God-given drink?’ often comes up. Unfortunately, there is no definite answer to this. It probably all comes down to the following story.

WHERE IT ALL STARTED

It all starts with distillation. Distillation is basically nothing more than the process of separating alcohol from water. Alcohol has a lower burning temperature than water, so it will evaporate faster. This is how it is separated. So for this process, you need a substance that contains alcohol. Every time you go through the distillation process, you will have less of the substance left. The alcohol percentage is rising though, so that’s what we want to achieve. In the case of making whisky, you need a substance that is made of grains. Beer it is.

It is proved that beer was invented about 7000 years ago. In the current Iran, they found pottery in which a biological fermentation process took place. In those times people used to make a little mush out of grain. By baking this grain you create a sort of bread. If someone felt like a beer (or the consequences of it) they would soak the bread in water. This would create fermentation and, after several days, a lightly alcoholic drink.

THE DISCOVERY OF DISTILLATION

The Arabs started distillation in the early medieval ages. Allegedly this was not for drinking alcohol, but for the production of a black powder that was used as a cosmetic. Uh-uh, we’ll believe that…

Most likely they discovered distillation when they warmed a jar of beer. Those smart Arabs saw the vapour and were curious about the taste. By catching the vapours in a cotton ball, they were able to save them. The vapours went back to their liquid form as soon as the environmental temperature got lower.

HOW DISTILLATION CAME TO EUROPE

The Arabs were very good salesmen. They travelled all through the west to sell their produce and spread their knowledge of distillation. This way their knowledge reached the alchemists. These educated people lived in monasteries and had plenty of time to experiment around. Besides optimizing the distillation process, they also discovered that if you put herbs in alcohol they can be preserved way longer than when you dry them. A nice side effect was that it also made the alcohol taste good.

Monks spread the knowledge about and tactics of the distillation process across Europe. Via Greece to Italy and via Italy to France, only to slowly make its way to the north. Christian monks are said to have taken the distillation process to Ireland around the 11th – 13th century. These friendly folks like to say they invented Whisky. The Scots, however, laugh about this and proudly claim that the first written statement about whisky (1494) comes from Scotland and that therefore Whisky was born there. They called it Uisge Beatha, meaning water of life. Whoever may have invented it, the Scots currently are masters in distillation and specialized in refining whisky. They are worldwide whisky market leaders for a reason after all.

There are so incredibly many kinds of whisky that it’s pretty much impossible to write about all of them in one blog post. But we’ll try anyway. We’ll broadly explain the different categories of whisky are and which characteristics belong to them. Of course, it is all up to your personal taste if you think a whisky is tasty, semi-tasty or just not tasty at all. Disgusting whisky does not exist, as we assume that all distilleries take their duties seriously and put pride and love in the creating of their product. Of course, there are exceptions, but we’ll take this as the general assumption for this article.

In Scotland they define five kinds of whisky:

For the production of grain, whisky one uses the Coffey Still. By using this distillation still you can create whisky pretty much continuously. This is productive and will give you large amounts of whisky, but the quality of your product will be lower than when you use the famous Spirit Stills. The grains in grain whisky can be among others barley, wheat, rye or corn. It is also very possible to mix all of these. Most grain whiskies are used in blended whiskies.

This kind of whisky is made of grain whisky and malt whisky. These two are mixed to create a complex, but accessible flavour. Blended is not per definition of less quality than malt whisky. We always say: distillation is a profession and blending is a form of art. Fact is that most blended whiskies are more popular than malt whiskies. The main reason for this is that grain whisky is faster and cheaper in production. About 95% of the total whisky consumption exists of blended whisky.

This whisky is exclusively made of malted barley and comes from various distilleries. In the past, the blended malt whisky was called vatted whisky or pure malt. The Scotch Whisky Association revised the rules earlier this year and now vatted and pure malt are only to be called blended malts. A good (and popular) example of a blended malt is Monkey Shoulder. This beautiful blend is made of a nice mixture of The Glenfiddich, the Balvenie and the Kininvie distillery.

This whisky is exclusively made of malted barley in one single distillery. It is however allowed to mix different barrels of this distillery, unlike single cask whisky. The distillation process takes place in red copper kettles, known as Pot Stills. After the distillation, the baby whisky (or white spirit) needs to age in oak barrels for at least 3 years and a day. These whiskies generally have more aroma and flavour than blended whiskies. The aftertaste is also stronger.

This whisky type is produced in the exact same way as a single malt whisky, however, it is not allowed to mix different barrels together. All the whisky in a bottle needs to be aged in the same, high quality, barrel. Single malt whisky is usually a mixture of different barrels to create a more consistent quality of product. Every barrel produces slightly different whisky, of a slightly different quality. This is because the wood of the barrels is different and one barrel will give more colour, flavour and aroma than the other. Before a barrel of whisky disappears in a batch of single malt, the brewer inspects the barrel. As soon as (s)he discovers a special barrel, it is bottled as single cask whisky. These whiskies are rarer and therefore often slightly more expensive. The result will surprise you though. They are usually way richer in aroma and flavour. Especially their aftertaste is mostly impressive.

No fuss, just a pure drink with nothing but natural ingredients. Such a product deserves a good glass because a good whisky glass enhances what’s inside: the flavours and aromas.

THE IMPORTANCE OF A GOOD WHISKY GLASS

So is the perfect whisky glass really that important? Yes. You wouldn’t drink a Belgian beer from an espresso cup, would you? I bet it won’t taste nice at all. Of course, it’s the flavour that makes you like something or not, but the right glass plays a very important role in this.

Now in my eyes, there are two glasses that qualify for a proper whisky. The first one we call the ‘experience glass’, the other one the ‘discovery glass’. Of course, there are tons of options and it is entirely up to you to choose whichever you like, but trust me, the right glass turns your good whisky into an amazing whisky. Go ahead and give it a try! We are very curious about what your findings are.

Drinking whisky is an experience, at least for me. I only drink whisky when I really feel like it. Unlike a glass of wine or a beer, which are more common. Whisky is the kind of drink that you really take your time for. Late at night, after a long day of work or as an ending to a good night. Take a moment to sit in my favourite chair, relax and enjoy. In this case, I use the experience glass, also referred to as a tumbler sometimes. This type of whisky glass is a bit broad and low. They fit perfectly in the palm of your hand. Now it’s just you, your whisky and nothing else matters.

Then there is the discovery glass. Whisky enthusiasts refer to this glass as the Glencairn glass. It stands on a small, but thick stem. The glass is made of lead-free crystal and about 11,5 cm high, with a diameter of 4,5 cm. The advantage of the thick stem is that it lays comfortably in your hand and you avoid greasy fingers on the drinking part. Another advantage is that your warm hands won’t warm up your whisky’s perfect temperature. The crystal really makes the colours of your whisky shine. The tulip shape brings forward the aroma of the whisky, which is one of the most important parts of the whisky. This aroma is ‘trapped’ in the glass and only comes free when you sniff it.

CONCLUSION: WHICH WHISKY GLASS DO YOU CHOOSE?

Use the glass that you feel most comfortable with. If you’re looking for a proper experience, you take a broader lower glass. If you’re looking to discover new whiskies, their aromas and colours, the discovery ‘Glencairn’ glass is a perfect fit for you.

This article is written by Peter Verbeek, owner of a liquor store and founder of Dutch Whisky Club Commitment To Malt. 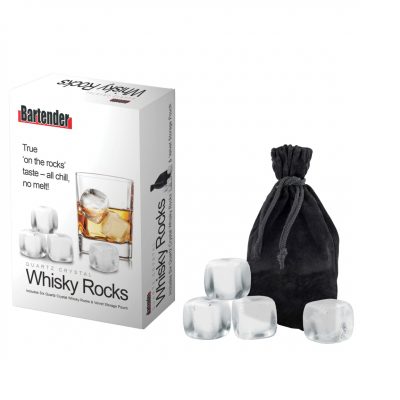 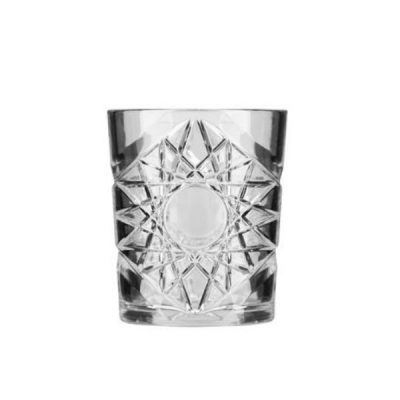 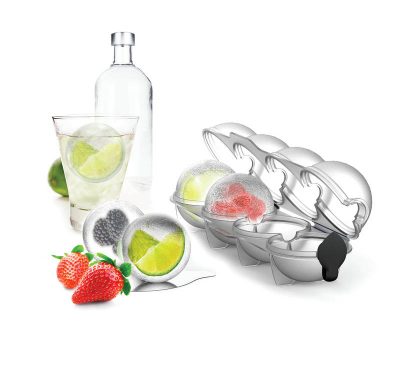 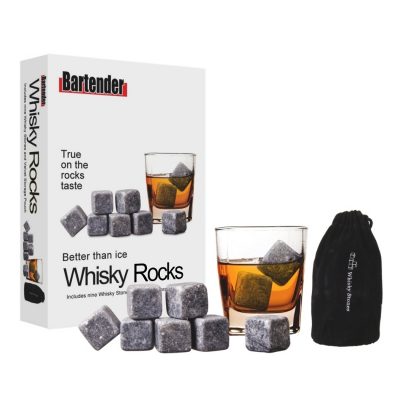 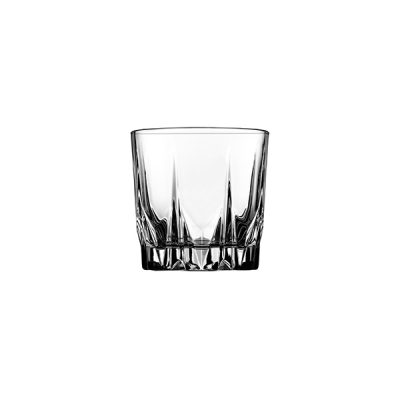 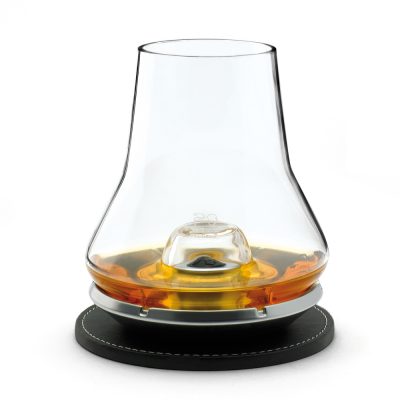 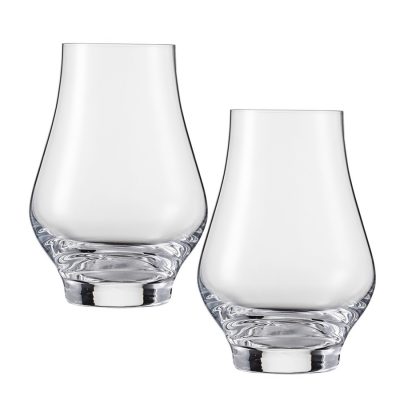 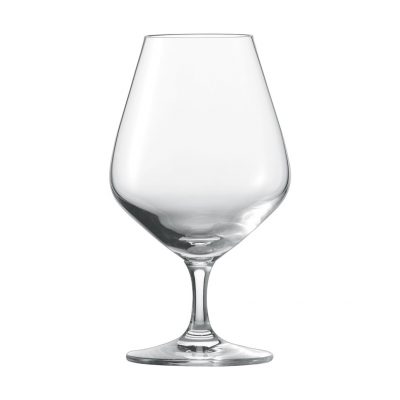 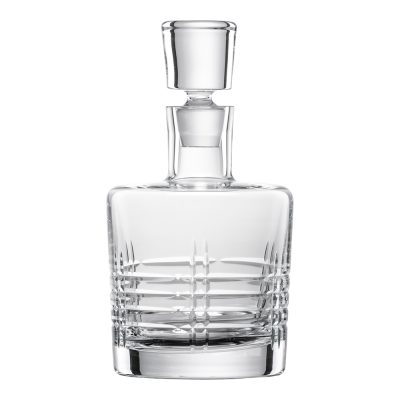 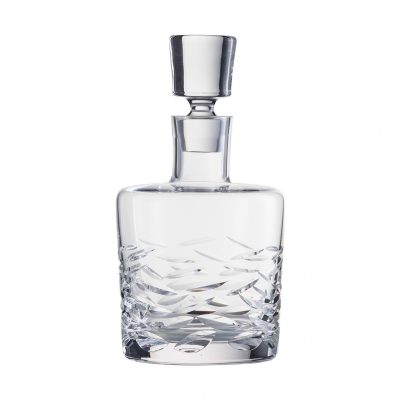 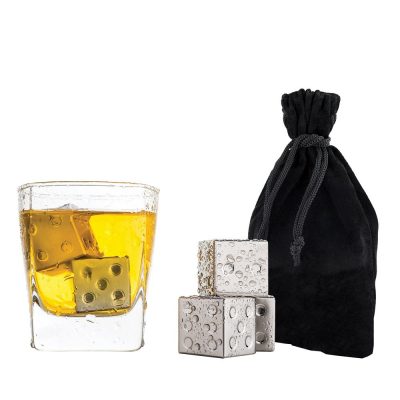