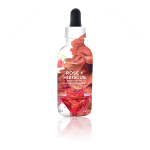 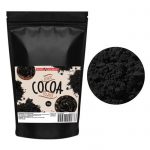 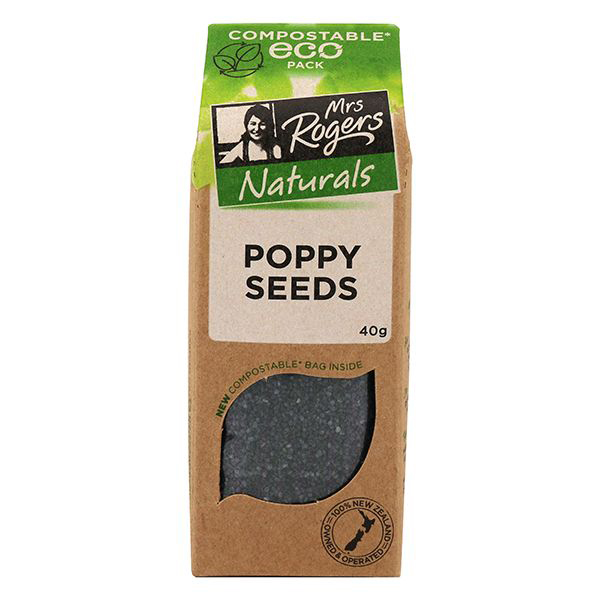 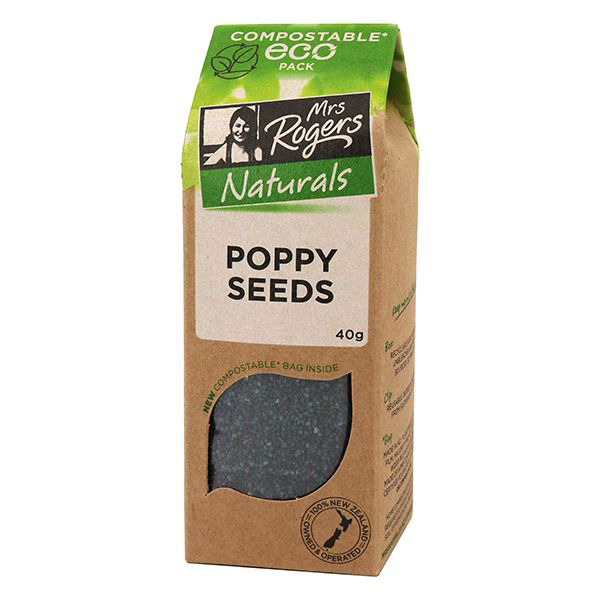 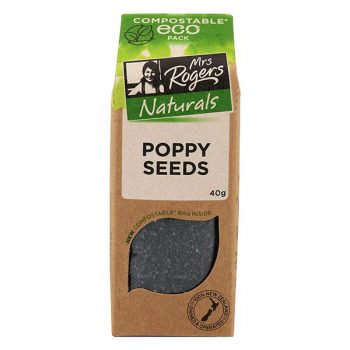 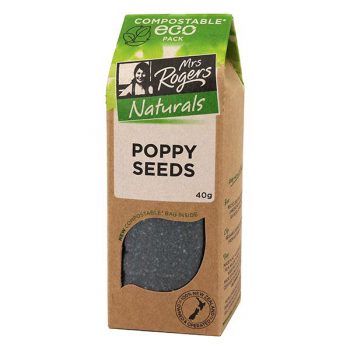 Poppy seeds can be used to give a distinctive flavour, are highly nutritious and less allergenic than other seeds and nuts Poppy seeds can be used to give a distinctive flavour, are highly nutritious and less allergenic than other seeds and nuts.

Poppy Seeds are an oil seed of Papaver somniferum, the only poppy variety with edible seeds. Used in cuisines from around the world, the tiny seeds have been harvested for thousands of years for culinary use, medicine and even for ‘magical powers’

Poppy seeds have a distinctive sweet and nutty flavour and are popular in European cooking and baking. Used on top of breads and ground as a filling in cakes and baking.

A paste made from poppy seeds can be used as a poultice said to relieve swellings and joint pain. In Indian traditional medicine the ground seeds are made into a paste with milk for use as a moisturiser. Poppy Seeds are nutritionally dense and thought to be a good source of energy. Poppy Seeds are thought to have anti-cancer properties.