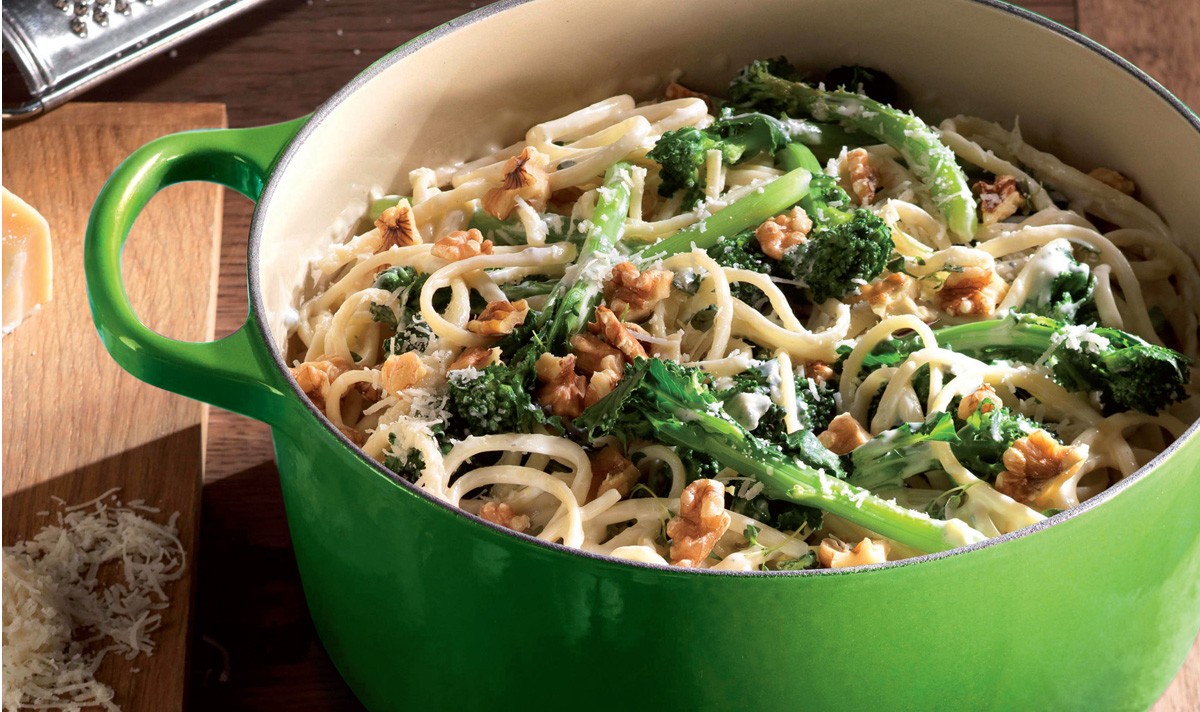 Al dente Linguine, tossed with a creamy sauce of gorgonzola cheese, cream, thyme and lemon zest, together with tender spears of the new seasons sprouting broccoli and crunchy toasted walnuts. Cooked in the 24cm Cast Iron Round Casserole.

Try this Le Creuset All in One Pot Pasta Recipe next! 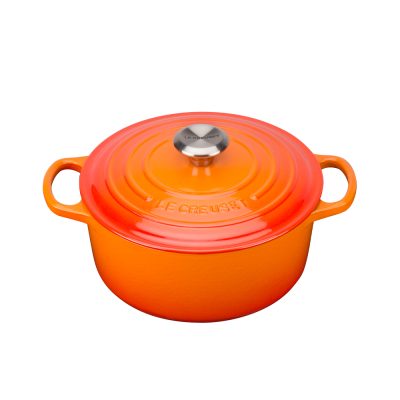